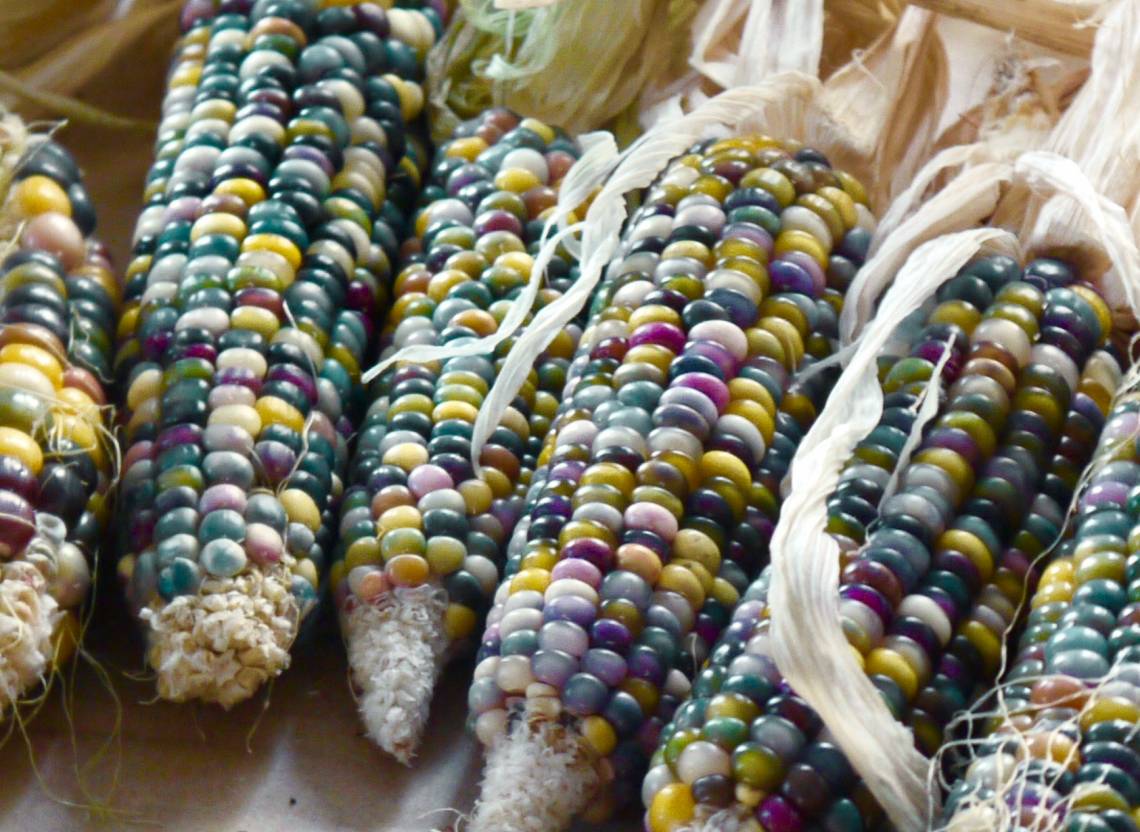 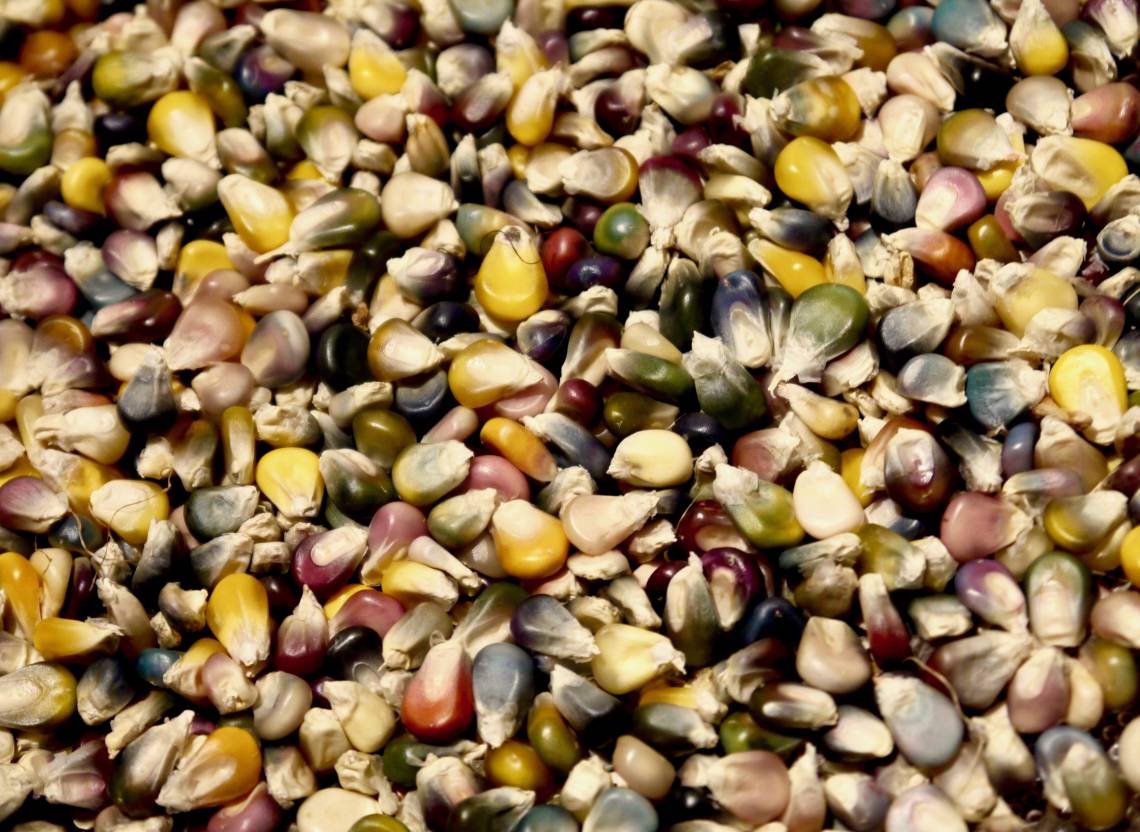 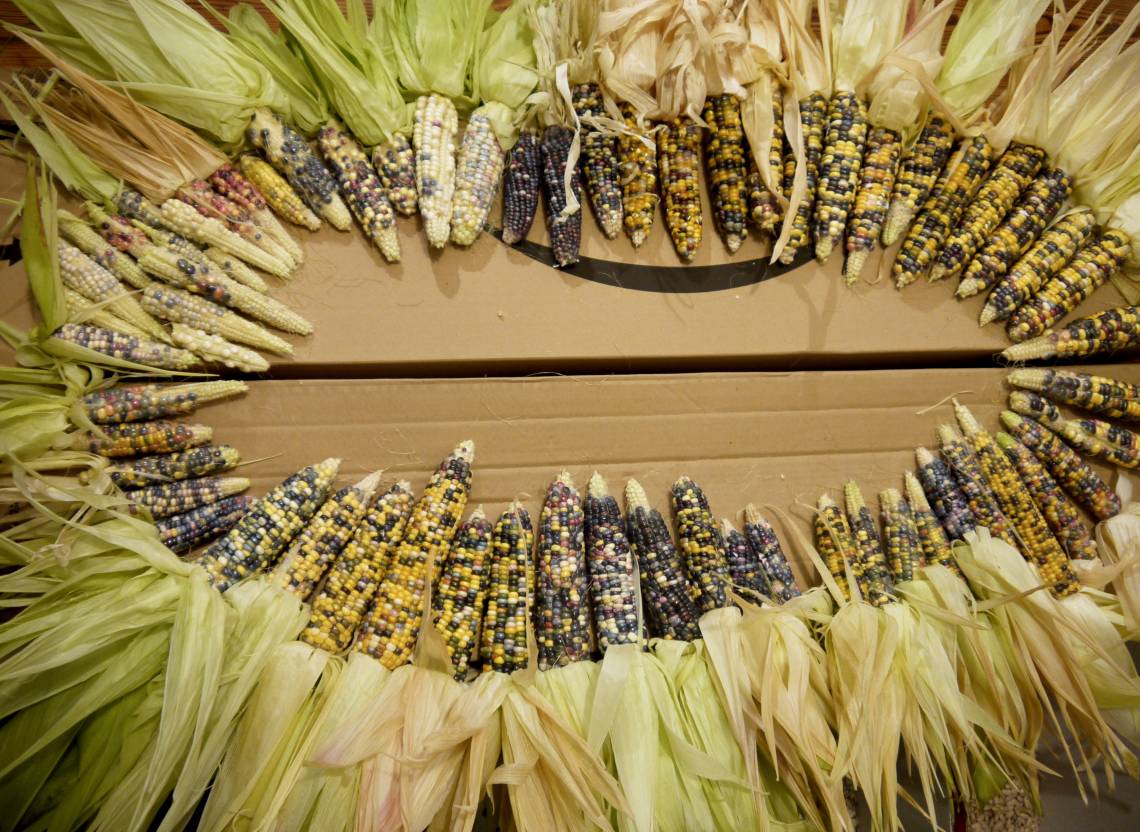 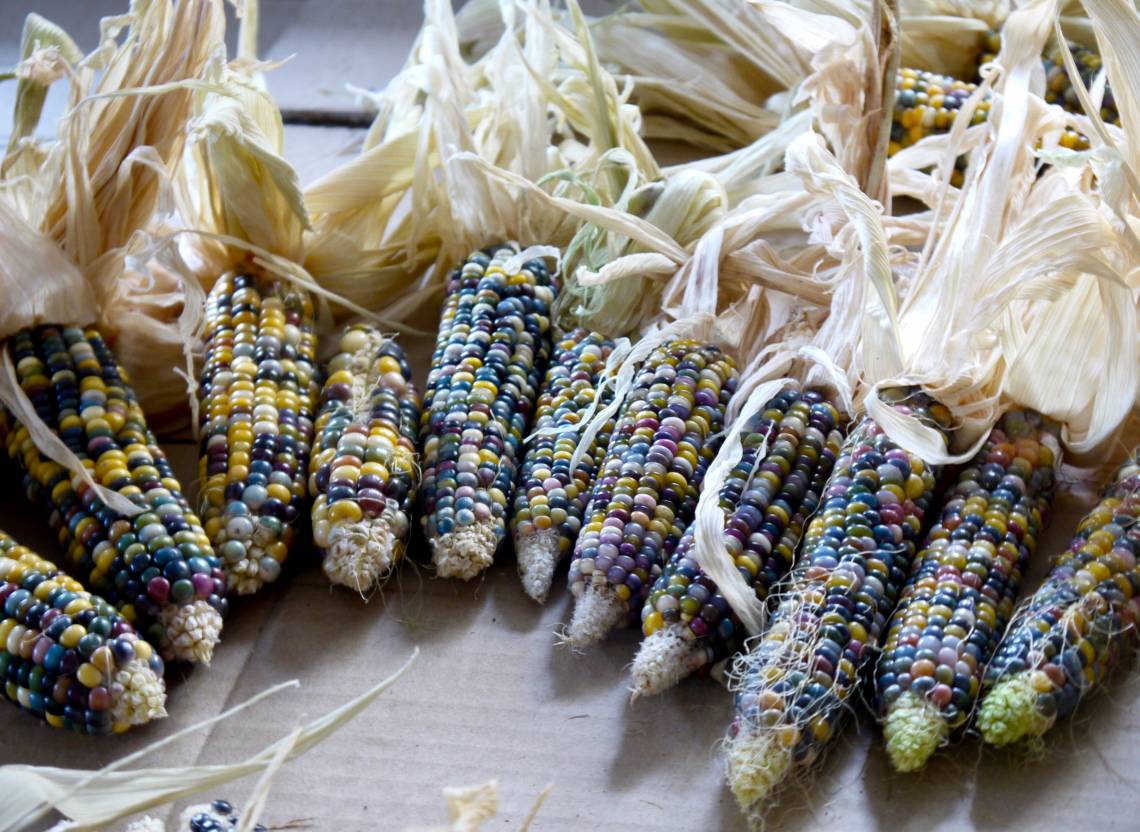 Brief description of the variety and its main characteristics:

Paradise Rainbow lives up to its name: the grains of the multicoloured cobs are blue, green, yellow, white, pink, red, orange, purple, black and grey. Two-coloured grains also occur. The maize is specially bred for mixed cultivation with pole beans and pumpkin, following the milpa in Central America.

In order to meet the requirements of this type of cultivation, breeding is aimed in particular at the vigour, size and stability of the maize plant, because the maize must match the height growth of the bean variety and should be stable enough to support the beans. At the same time, it should reach cob maturity well in a Central European climate.

Paradise Rainbow can be used as ornamental, vegetable, roasting, flouring and forage maize. The cobs can be cooked and eaten unripe or up to the stage of milk ripeness. They are not only attractive to the eye, but also very tasty. After ripening, the cobs and grains can be used for ornamental purposes on the one hand, and on the other hand the ripe dried grains can be used as roasting and flouring maize and also as fodder maize for animals.

Further breeding and selection of the material aims at maximum colour diversity and colour purity of the grains, but also of the plants (stem and possibly leaves), as well as vigour, stability and earlier maturity of the maize. The aim of breeding is to develop a late to very late maize variety with a cultivation period of no more than 5 months. The plants are very steady with a growth height of about 340 cm and prefer fertile soils and plenty of sun.

Paradise Rainbow is currently still breeding material in the F2 generation (as of winter 2021/2022). The varieties "Glass Gem", "Gneismais" and "Gelber Badischer Landmais" were crossed, whereby the latter made the least contribution. It only served to increase the standability and was used because of its regional suitability, as it is a land maize variety adapted and developed in Germany. This was followed by one year of selection. Selection will continue until individual lines can be recognised as a population or amateur variety.

The variety is under development and thus not yet available as such. Breeding is expected to take at least 10 to a maximum of 20 years. Breeding started in 2020 and trials are expected to be carried out in the next two years (2022, 2023) to cross other varieties, primarily to increase plant colour diversity. This will be followed by years of strict selection. The variety is therefore still in the trial stage and in basic development.

Until then, anyone who wants to purchase original rainbow maize (Glass Gem) or other rare varieties can do so, for example, here: deaflora.de